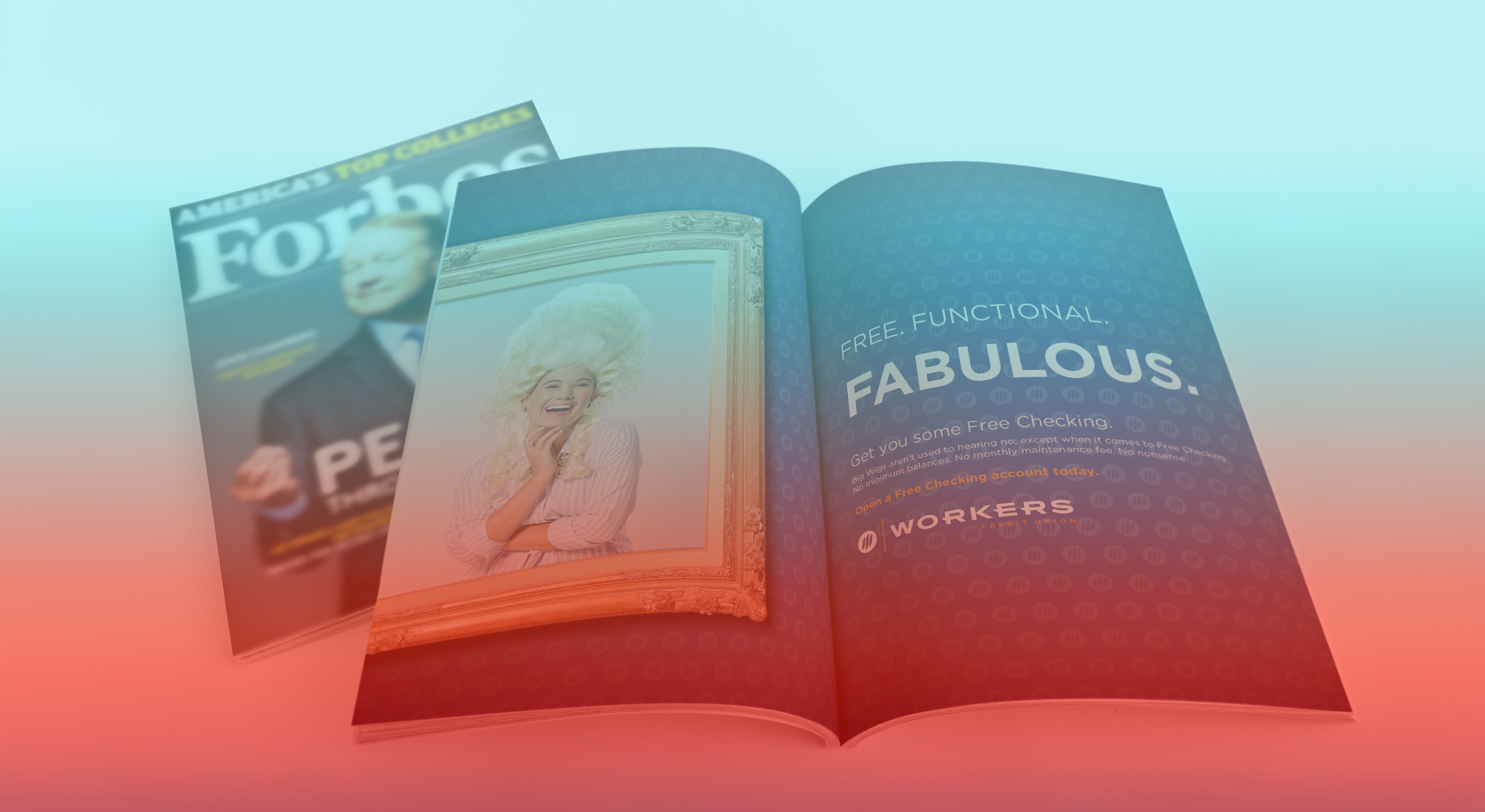 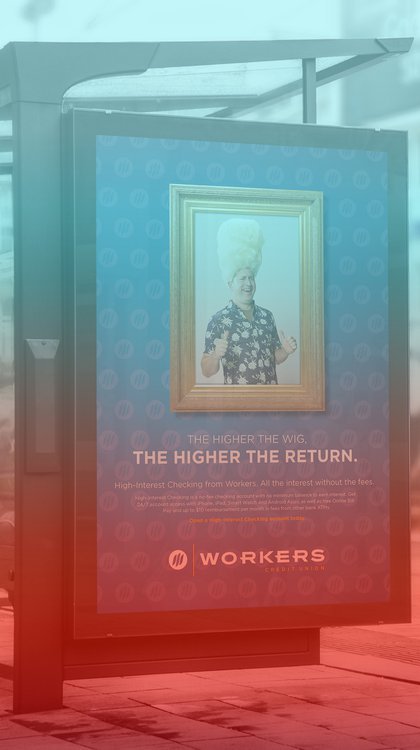 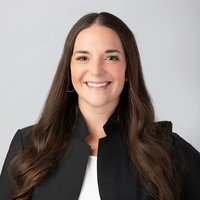 “Bank like a Big Wig” featured in CUNA News

If you were watching the Super Bowl in the Boston area, you likely did a double take. Large, powdered wigs have taken over the airwaves, upending everything we thought we knew about financial services advertising. Now, with its Super Bowl spot airing in prime time in the Boston area, everyone, it seems, wants to “Bank like a Big Wig.”

Working with Adrenaline, Workers Credit Union turned heads with this campaign running across the Boston area since last fall – found everywhere from radio and television airwaves to bus wraps and billboards. Centered around the upfront tagline “Bank like a Big Wig,” the campaign demonstrates that anyone can become a big wig.

Not only has the campaign resulted in record-breaking lift and consumer brand affinity, big wigs across the credit union industry have also taken notice of this decidedly non-traditional take on banking. On Friday, February 2, the industry-leading credit union trade publication, CUNA News, featured the Big Wigs campaign just in time for the Super Bowl.

In the article, Adrenaline’s Creative Director, Ty Wong, says the campaign was meant to transform credit union members from everyday blue and white-collar workers into literal big wigs. Wong says, “The absurdity of massive, Victorian-era, powdered white wigs serves as a visual device to make the campaign humorous and memorable.”

The campaign has garnered so much attention and success in only three months, it was only natural for the Boston-based credit union to show its hometown pride in the advertising industry’s big game. This fresh, funny, and effective take on banking has earned its spot in one most coveted spots in the industry.

Workers CU Vice President of Marketing, Alysa Duval, is quoted in the CUNA article saying the ad faces off against the ad industry’s big wigs. “We definitely think we meet that bar,” says Duval. “This campaign is funny and it’s relatable. But just as importantly, our New England Patriots are in the Super Bowl, and we want to share and celebrate that experience.” 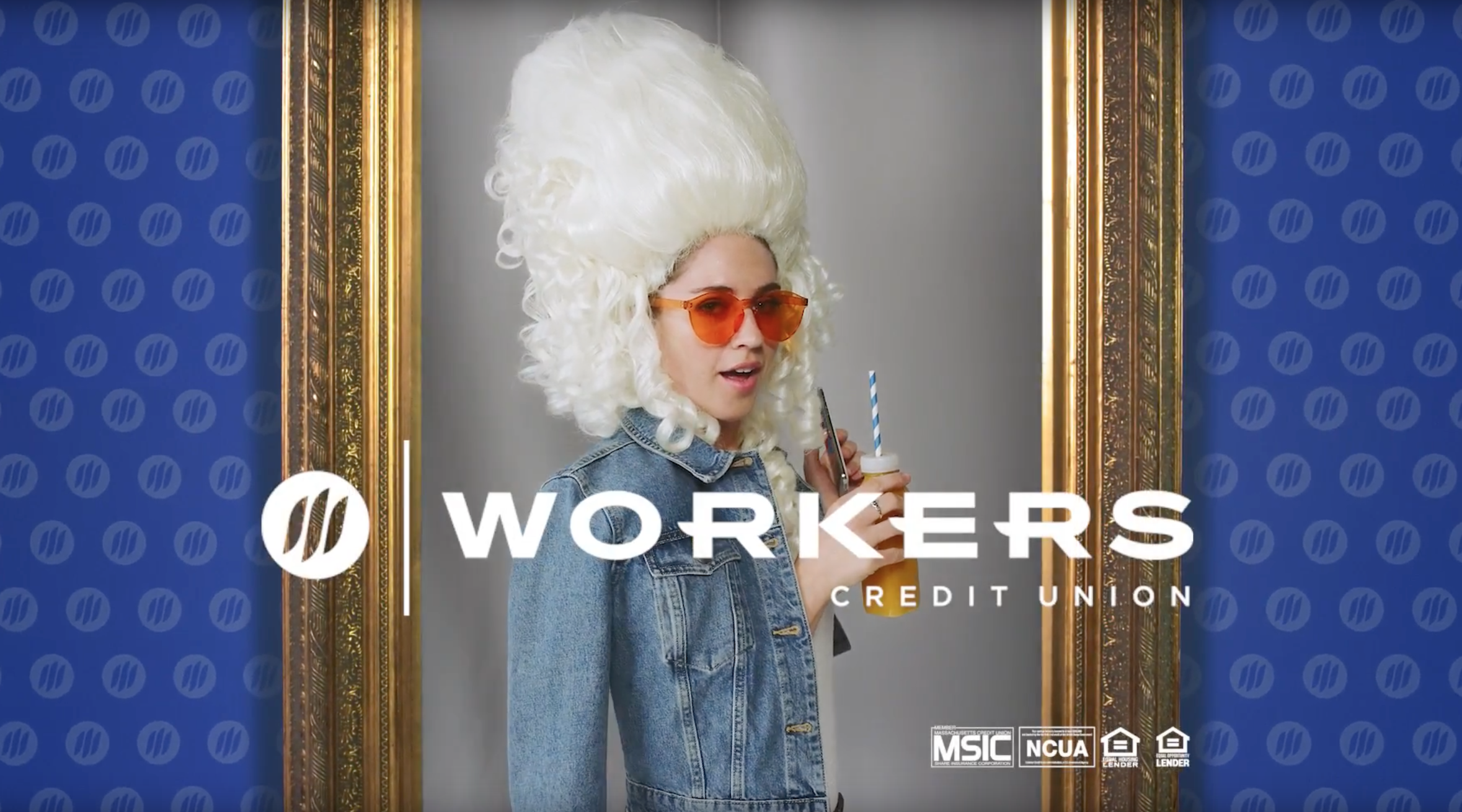